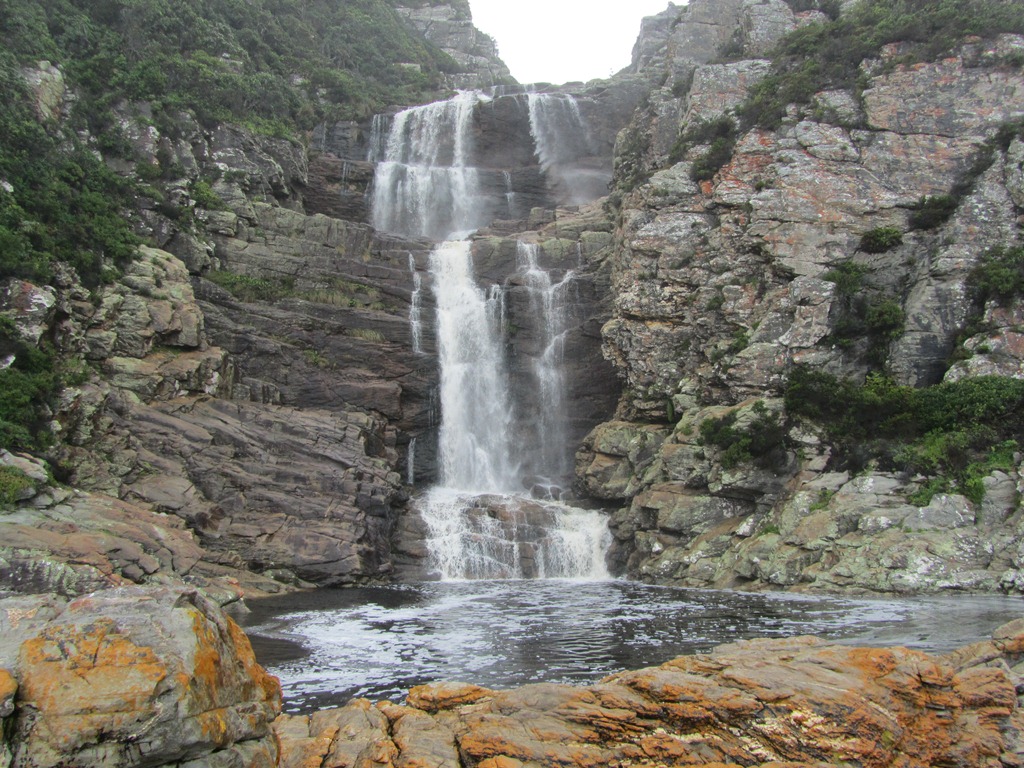 The Waterfall Trail is an undemanding hike which follows the first 2.65 km of the Otter Trail in the Tsitsikamma Section of the Garden Route National Park. The only time I had actually seen the waterfall was during the Otter African Trail Run 2011 — in the 2010 race I was so focussed on my footing that I missed seeing it completely! It was great to take a slow walk along this beautiful, wild stretch of coast.

Getting there: take the N2 east from Plettenberg Bay for 55km until you reach the gates of the Tsitsikamma Section of the Garden Route National Park; drive 10km to the Storm’s River Mouth Rest Camp restaurant; follow the road westwards (in the direction of Cape Town) along the coastline. When the tar runs out you will hit the trail heading along the rocks.
GPS Coords: -34.021084, 23.880312
Distance: 5.3km
Difficulty: flat coastal walk, some tricky boulder hopping

We did this walk on a damp cool day. The highlight is of course the waterfall which is quite spectacular and almost tumbles directly into the ocean. There is also a dark, damp cave to explore on the way.

You may not venture further than the waterfall unless you are booked on the Otter Trail. The trail is easy to follow as it stays close to the shoreline, and there are no hills to speak of. You will need to watch your footing sections that lead over rocks.