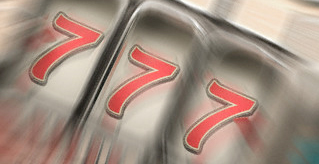 I arrived at the registration table, and was handed my race number: 777. I took this as a sign of a great day of racing ahead. Boy: was I wrong…

The start of the Greyton Classic Trail Challenge was on a farm some 11km east of Greyton itself, on the dirt road leading to Riviersonderend. The valley truly is beautiful, with towering, snow capped mountains and green pastoral hills. To top it all, despite being winter, it was a beautiful, warm sunny day.

The turn-out was far bigger than even the organisers expected, testament to the increasing popularity of trail running. The mountain bikers set off on their races first, and the trail run started after 10h00. This gave me plenty of time to chat to fellow runners, and even got a chance to chat to Nicholas Rupanga.

At the start, no-one seemed in a rush at all, and for the first 100m I was at the front, looking around to see where Nicolas Rapunga was. Not more than a minute later and he suddenly appeared, and the pace picked up as about 5 of us took off down the easy farm roads amongst the orchards. After about 3kms the pace was too much for me, and with the leaders showing no signs of easing off, I dropped back a few places in the field. This is the third time I have tried this strategy: going out hard with the leaders, instead of hanging at the back and starting out slowly. My theory is that each time I will be able to hang on a little longer.

Kilometer 8 was up a slight incline, and the guy I was running alongside was wearing a Garmin Forerunner that was recording our pace at just over 4½min per kilometer! This would mean creaming my PB for a half-marathon on tar!

Shortly after this, however, things started to change.

Firstly, as I knew the race would be fast, and the weather was not too hot, and the organisers had promised two water stations, I decided to go light, and run without my CamelBak. This was the first time ever: as I am my eventual goal is long distance events, I had decided it would be best if I simply grew accustomed to having 2litres of water strapped to my back when I ran. I normally even wear it on a short 10km training run. Well, it ended up being a little warmer than I expected, and that first water stop just didn’t materialise.

Then, on one of the few sections that wasn’t on a farm road, I went over my right ankle laterally outwards. Hard. I heard something go “crack”. Recovering my balance, I gingerly put my wait on my right leg. It was fairly uncomfortable, but I decided to keep it moving slowly by continuing walking. After about 1km it seemed to be alright (and I was getting real antsy about all the girls passing me!), so I started running very slowly and carefully. Still no water stop.

By the time I reached the water point, I was not comfortable at all. Feeling slightly dehydrated, I downed two cups of Rehidrat, and set off again. The guys manning the water-point said that they were at the 15km mark, so — feeling better for the liquid — I decided to pick it up a bit for the “home stretch”, despite feeling pretty disappointed, knowing my time was not going to be anything special.

And then… more trouble. There never was a second watering point, so it wasn’t long before I was feeling uncomfortable again. I was totally off pace, and considering I don’t run with a watch, and had had such a disrupted race, I had absolutely no idea of how much further I had to go. But there is no way that watering point was further than 12km’s on the route. So, feeling even more uncomfortable, I had to once again drop my pace, and accept I had a way to go yet. By this stage of the race, there was a mix of 10km race runners and some mountain bikers to contend with, which I found pretty off-putting in terms of pace.

Despite all the drama, I crossed the line in 19th place with an official time of 01:50:53 (official race results on www.targetevents.co.za).

See more on dealing with my ankle here…