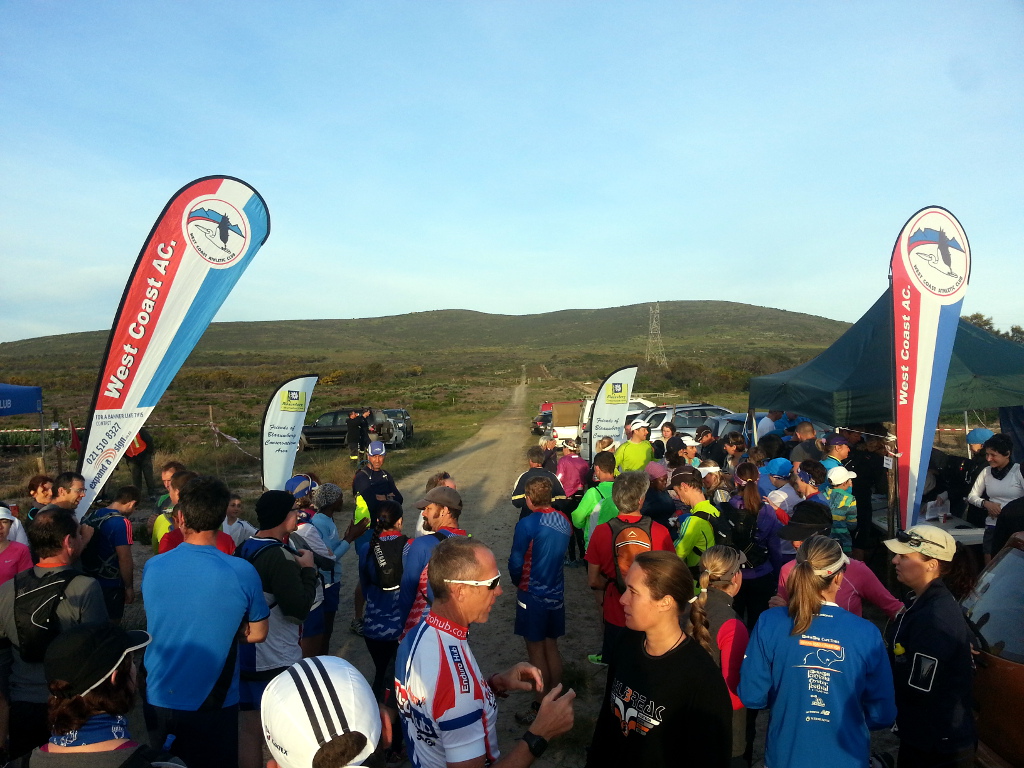 The Battle Up Blaauwberg Hill Trail Run really was an extra special little trail race! Started with a real, live, LOUD canon, runners headed into the hills next to the R27 between Blouberg and Melkbosstrand in the Blaauwberg Nature Reserve.

The hill is famous for being an important feature in the 1806 Battle of Blaauwberg.

The trail headed comfortably up the foot of the hill before turning left and following the contour line on easy gravel to the summit of the diminutive Kleinberg. Somewhere along the line it became deep sand; not my favourite. Heading west we soon reached the fence bordering the R27 where we turned north for a while before heading back inland and directly up the hill.

The real challenge came in gaining the summit from the western, coastal side as we climbed sections of loose sand mostly at a 40% incline! Most of the photos below were taken during this section as I tried my best not to blow up!

The single-track down the eastern slope is some of the best, flowing trail I have ever run, and I was not even remotely put off when we were directed back up the hill to do it again before turning to the finishing line.

The course was thoroughly enjoyable, with the views taking my mind of the effort I was putting in! My average heart-rate was 181 — a level of effort I would usually only see on distances of 5km or less!