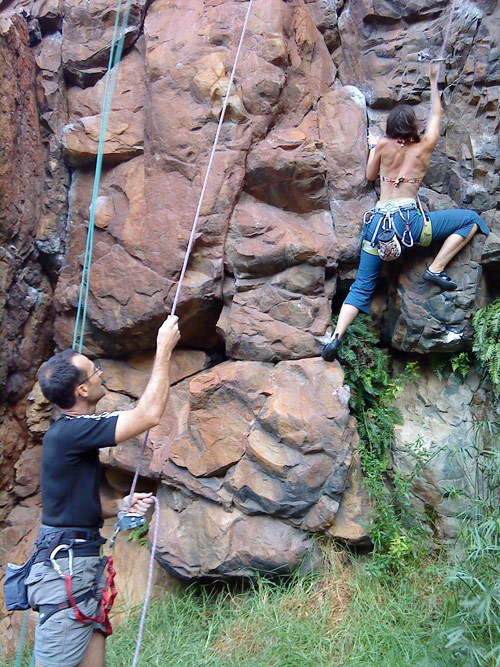 Legoland is a crag just off the side of the road as you pass through Cogman’s Kloof on your way to Montagu. It is easily accessible, and has a couple of great little bolted sports routes — perfect for a first-timer like me! This crag has been closed in the past: please remember not to litter, block or leave the gate open, etc

Getting there: Drive from Montagu through Cogman’s Kloof. Shortly after passing through the “tunnel” , pull over to the side of the road on the left-hand side just after passing over the bridge. Walk through the gate and along the gravel road to the crag.

I joined some friends who were camping at De Bos in Montagu for the weekend. They were there for the climbing — I was there to do some hiking (Bloupunt Trail, Cogman’s Kloof Trail). I was pretty nervous about giving it a go, but once they had me on the end of a rope, I was hooked!

If you are a newbie, contact Justin to find out about renting climbing gear: http://www.montaguclimbing.com/

Other super venues in Montagu include nearby Bosch Kloof, as well as Badkloof and Steeples.